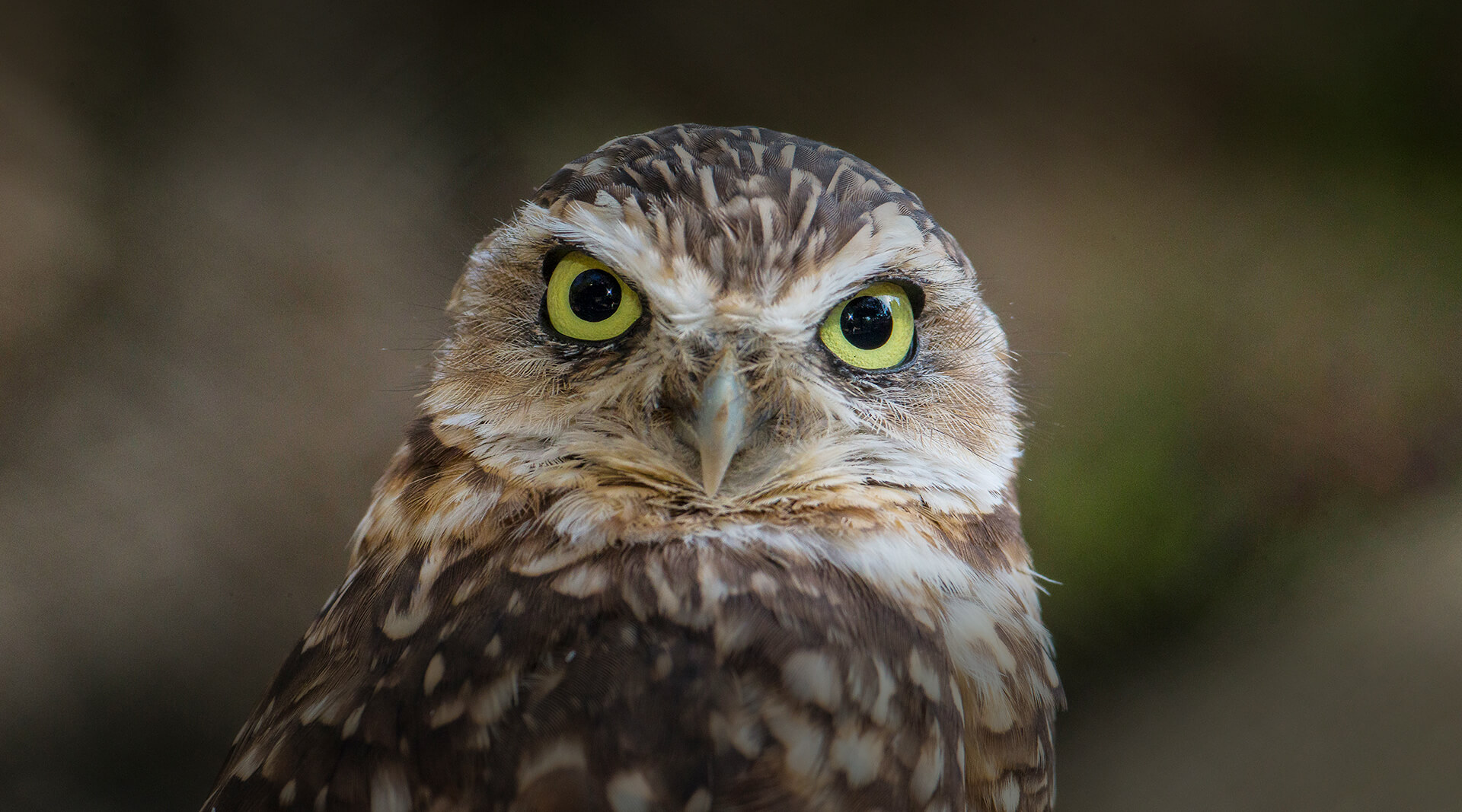 Burrowing Owl: Icon of the Southwest

Spotting burrowing owls is a difficult task. Weighing just 7 ounces and standing only 10 inches tall, these diminutive birds are one of the smallest owls in North America. They stay hidden in burrows excavated by ground squirrels and other species, making the sight of them an even rarer occurrence. But if we don’t look out for burrowing owls, these tiny treasures might vanish right before our eyes.

Systematic removal of burrow-digging mammals that create owl homes has put the birds at further risk. As people target animals that are viewed as pests, burrowing owls are left without a place to live. Loss of the native grasslands that support these owls further contributes to population declines.

Despite the barrage of threats facing the species, these tiny predators are fierce. Burrowing owls have a fighting chance at survival with the help of San Diego Zoo Wildlife Alliance and our conservation partners.

While we view burrowing owls as a symbol of the Southwest region, our work doesn’t stop in San Diego: we collaborate with allies across the globe to assess burrowing owl genetics to aid in their conservation across the western hemisphere.

San Diego Zoo Wildlife Alliance scientists have learned a lot about the lives of individual owls and their families. We’ve watched these lively birds pair up with a mate (sometimes the same one year after year) and experience the multitude of struggles that come with raising a family. We’ve seen predators try to get a quick meal of the adult owls and their young, but have also seen the owls display their own predatory talents. As we watch adult owls successfully take care of their hatched chicks, we work to understand why other nests fail. What we learn about particular individuals and nests allows us to track the population status and trends throughout the region.

Our team of scientists can’t do this work alone. Hundreds of citizen scientists around the world join us from their own homes to provide crucial assistance, as they view and classify hundreds of thousands of remote camera photos online at our Wildwatch Burrowing Owl project on Zooniverse, the largest online platform for crowdsourced volunteer research.

Burrowing owl families at the San Diego Zoo Safari Park are helping to prevent local extinction through a burrowing owl conservation breeding and release program. Their chicks represent new hope for a species whose population is in decline. Thanks to a live web camera, the public is able to watch the entire progress of the nest—from eggs, to chicks, to fledglings. As they watch, we hope they are inspired to join us in giving this species the bright future it deserves.

Be a citizen scientist. If you have an Internet connection, you can document the behavior of a family of owls as they set up their burrows, hatch and raise chicks, catch prey, and protect their domain. You’ll view and classify photos from remote-activated trail cameras. Go to Wild Watch Burrowing Owl to get started.

California Department of Fish and Wildlife