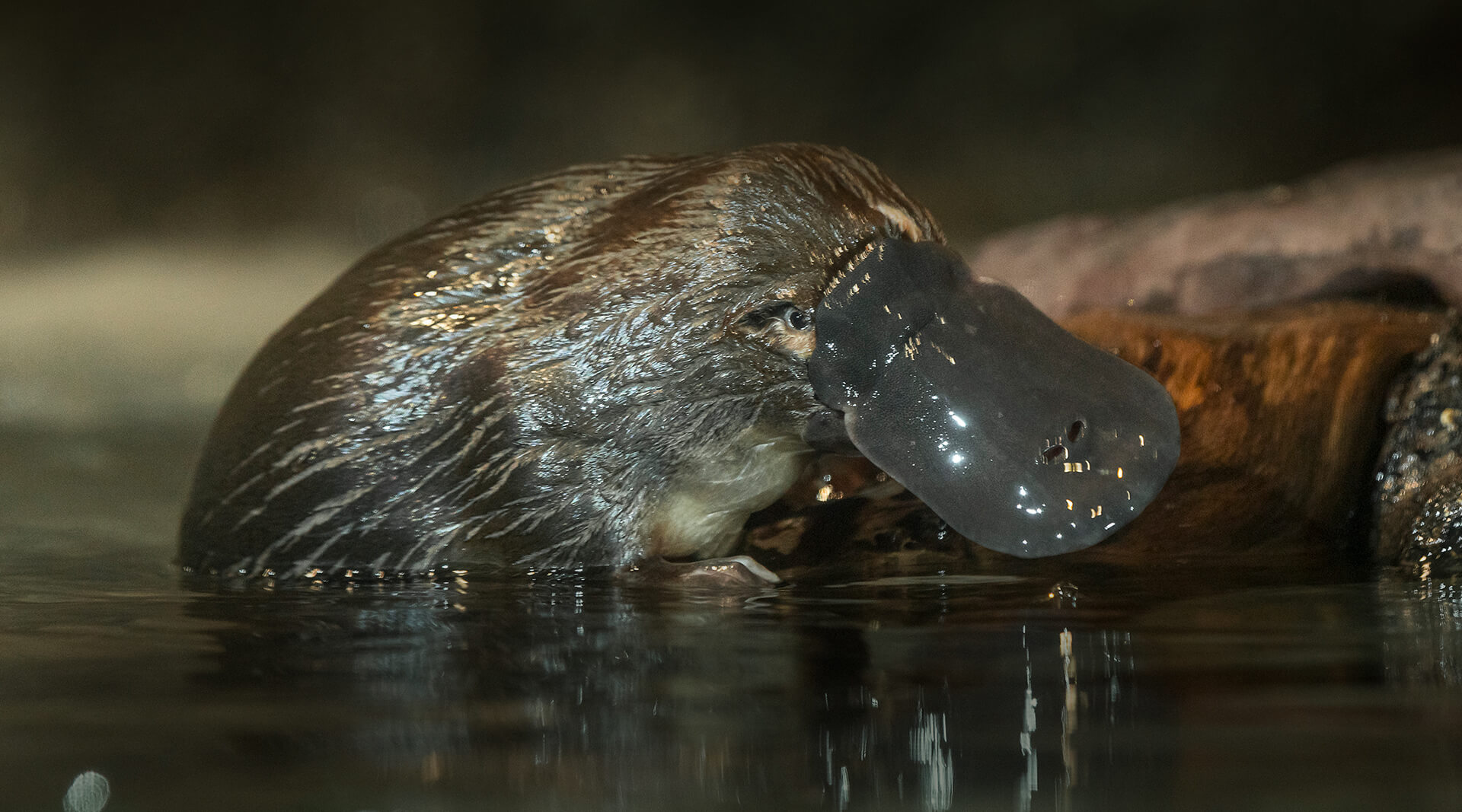 With a paddle-shaped tail, sleek fur, webbed feet, and a wide bill, these venomous, egg-laying mammals are truly one-of-a-kind. Though bizarre in appearance, platypuses are perfectly designed for their Australian freshwater habitats. They navigate deep, murky water and detect the miniscule movements of shellfish and insects with ease.

Platypuses are uniquely adapted for their homes, but these spaces are rapidly vanishing as human populations encroach. Agriculture, forestry, and urbanization are all claiming former wilderness habitats—in Australia, as in other places around the world. Dams, irrigation projects, and urban water projects directly change the flow of water, often altering the habitat so that it can no longer support a platypus population. Non-native fish pose another threat: some species compete with platypuses for their favorite invertebrate prey, crawfish, making it more difficult for platypuses to find food.

These tiny, curious creatures are no match for intensified weather events caused by a changing climate. Extreme flooding during breeding season may displace or drown juvenile platypuses in nursery burrows. Drought, wildfires, and the resulting soil erosion are also some of the effects of global climate change, destroying water systems that were once considered permanent and causing food shortages for the species. As climate change devastates Australian freshwater habitat with worrying speed, the platypus is left with nowhere to go.

San Diego Zoo Wildlife Alliance collaborates with our partners on the largest survey ever undertaken for platypuses: the Great Australian Platypus Search (GAPS). GAPS will allow researchers to comprehensively map the current distribution of platypuses in southeastern Australia. By identifying where this unique mammal still exists, conservation efforts can be focused on these areas.

The innovation of our scientists and partners gives hope for the species. All animals leave traces of their DNA behind—in skin cells, hair, feces, or mucus, for example. As part of GAPS, conservation researchers are creating a map of waterways where platypuses are present by testing water samples for traces of environmental DNA (eDNA). In some areas, researchers use specialized nets to be able to physically examine individual platypus for an overall health evaluation. This information may be cross-referenced with eDNA and other environmental data gathered from the waterways.

Walkabout Australia, home to the Nelson M. Millsberg Platypus Habitat, has been recognized by the Association of Zoos and Aquariums (AZA) with Top Honors in AZA’s Exhibit Award for 2020. Our expert care for platypuses represents an ongoing connection between the San Diego community and dedicated conservationists in Australia—a relationship dating back to 1925. Here, visitors make connections with these rare, elusive mammals, discover the importance of platypus conservation, and are inspired to join us in securing a future for the species.